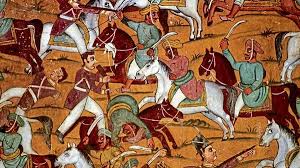 1) In the battle of Pollilur in 1, Tipu defeated Col. Bailey of the East India Company and killed about two English and two Native soldiers in the war. The defeat was so fierce that Sir Monroe, who was going to help Bailey, had to leave his artillery and return to Madras.
2) On December 9, he won the British.
In 9th, Colonel Brathwaite defeated Tanjar. Tipu seized their guns and imprisoned all the surviving soldiers and officers. This is considered to be a British defeat.
3) On December 5, his father Haider Ali died. Tipu rode on the throne of Mysore. After this he started trying to split the front with the Marathas and the Mughals to prevent the British.
4) In 8th, the British won Koimtur, while Tipu won Mangalore from them. Although no one had much rank in this long-running war, Tipu was considered as a mustard because of the Mangalore fold and its importance increased. Shares of this company collapsed in London due to fear of the East India Company going bankrupt. British records suggest that Tipu made Muslims in the region about 60,000 Syrians after the Mangalore invasion.
5) The British report that Tipu and Haider Ali committed unspeakable atrocities in that area during the conflict. Both of them left the country poor. The economy collapsed. It is not often said that the people of the Kallan (or Kallar) tribe had taken advantage of the situation during this period and had looted much in this area. 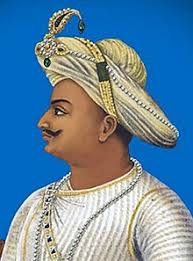 3) By completing the public works (eg Lalbagh) started by Haider Ali, Tipu took construction of many roads, new settlements and public buildings. In an effort to promote trade, Karnataka began to be established as an industrial state. Trade spread from Sri Lanka, Oman, France to Iran.

2) He is considered to be the father of rocket technology but he made many mechanical parts. It also has a mechanical instrumental tiger mounted on the British. He also made improvements in management, farming etc. and brought about the Mysore silk industry.

2) Maratha and Haider Ali were struggling from the 5th. The Marathas had defeated him too. Haider Ali was given the title "Nawab" by Madhavrao Peshwa. But the agreement in Pune-Mysore was not followed. Tipu seized the fortress of the south of the Marathas. As a result, the Marathas invaded him and the Marathas occupied the province till Tungabhadre. Then Tippu agreed to give the Marathas a tribute, giving them the land they had previously occupied.

2) He first tried to establish good relations with the Mughal court and Nizama. But as the king was blinded in 8, he became weaker, and he also saw danger from the Marathas. The British were trying to open a new front against him. His relationship with Nizamah was at the bottom of a puddle at times, good or bad. He then started sending letters to the Afghan ruler Zamanshah Durrani asking for help against the British and the Marathas. But Durrani's own struggle with the Persians did not help him. Setting up a lawyer in Istanbul, he urged the Ottoman Sultan to send troops to fight against the British. But the Ottoman Empire itself needed British support in the war against Russia.

3) In the 19th, Tipu attacked the wreckage. But Travancore faced bitter resistance. The old ones also got Tipu in trouble. The king of Travancore invaded Srirangapatnam as he sought the help of the British. Tipu left towards Srirangapatnam. But Tippu does not seem to have a decisive victory in the wreckage. However, there are records of the atrocities he inflicted on the Malabari people during this invasion. The Nair fighters were particularly oppressed. In his letter dated January 29, 1969, he himself informed that at least four lakh Hindus had been converted into Muslims. This is where the Third Anglo-Mysore War began. Lord Cornwallis opened the lead with Nizam and the Marathas against Tipu. In 1959, Koimtur regained the lead. In 1959, Bangalore also took possession of them and left for Srirangapatnam. Tipu adopted the Dagadhu strategy to resist the fronts that surrounded it on all sides. Due to this policy, Cornwallis was outraged and left Bangalore. But the attacks elsewhere in the Marathas continued. 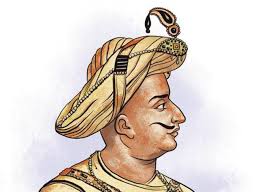 It was during this period (1959) that Parashuram Bhao also attacked Shringeri monastery in Mysore. The property of the monastery was looted and damaged the temple of Adi Shankaracharya. There are 2 Kannada language letters sent to the Shankaracharyas of Tipuichi Shringari Math. Details of his donations are also available.

As soon as defeat in this war appeared, Tipu began negotiations. The settlement was made on the condition of leaving half the state and paying Rs three crore. He also agreed to keep his two sons as Olis, when he did not give up. He paid the money in two installments and rescued his children.

3) Finally Tipu began to make a treaty with the French in 1949. The British were also their enemies. Therefore, if this alliance is to be made, who should be able to fight the British? Napoleon (who did not become Emperor) but also sent a letter to Tipu in 1949 and agreed to lead the two as the only enemy. He also decided to send an army of 3 to help Tipu when the Egyptian campaign ended. But this letter came into the hands of a British herald in Muscat. Although they did not reach Tipu, they became more concerned with the threat of possible friendship between Napoleon and Tipu and launched their biggest campaign against Tipu today. 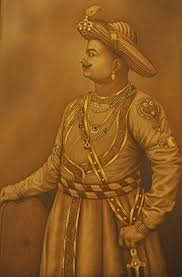 5) In 1939 three English soldiers, including Arthur Wellesley, 1, Nizam's 3, and the Maratha's 3-5 troops marched on Srirangapatan. This war ended Tipu.

3) Tipu is believed to have brutally killed 3 Ayyangars on Diwali. Even today, Mandyan Ayyangar is said to be celebrating Diwali. In fact, in history there has never been an incident or its date or year. Dr. MA Jayashree and Dr. MA Narasimhan recently published a paper highlighting the legend, which has no place in history, then took up the charge on Tipu. In this paper, the two researchers say that it was related to Tirumalangar, the head of Ayyangar Mysore. This phenomenon is not fictional but true. Queen Laxmiyamma of Mysore continued the struggle with Haider Ali to regain her kingdom. For this, she started to make a treaty with the British in 1 issue. The author says that Tipu's murder was carried out by Tirumalangar, a former head of the Wodeyar king (his name does not appear in history. He fought with Haider Ali after Khanderao! There is no evidence in history, it is alleged that the case was suppressed. You still keep this case true for a while.

Tipu was born at 2 years old. The above phenomenon is 1 or 2. That is, when this incident happened, Tipu was 2-5 years old. How did he commit this massacre? Moreover, this year Haider Ali was fighting for his own existence. After defeating Khanderava, the commander of the Wodiyars, Haider Ali retained his power in Mysore, and all the opposition, including the Khanderao and the royal family, were kept in captivity at different places.

Readers should consider all the above events and evaluate Tipu's why the incident of the Ayyangar massacre was not recorded in the history or any of the instruments, but to introduce a mythical cover to a legend.

The Marathi encyclopedia quotes Tipu as saying, "According to some English writers, Tipu was extremely devout, cruel, greedy, unfaithful and unstable; but when he saw Tipu's total stewardship, state and state, it cannot be said that the allegations are based on strong evidence. It is a fact that his organized army was eventually defeated by the demons and the demons of the generals. " British didn't miss the chance to prospect to discredit their enemies. And it's natural for them.

Considering the ruler's religion, his enemies, and the policies of the state, the kings have to be considered. No one was behind in the face of injustice and plunder. The history of conversion is very old. So is the history of harmony. Shuja had freed numerous Hindu soldiers and the chief prisoners after the Panipat war by paying their own ransom. Numerous examples of such harmony can be given. The Nizam was a Muslim and was walking on Tipu with his hands in his hands. Tipu did not torture Hindus altogether. No such records available. The conversion was made in Malabar to a dominant hero tribe. In his eyes, they were an enemy nation. (The concept of India as a nation was not a reality.) His struggle with the British was due to his being a competitor in power. That is why some say it was a fight for independence is also wrong. He was a good, governing, gifted king of ambition in some respects!
In fact, the government should not celebrate the birth anniversary of the king-maharaja at any government level. Heroes of one state are more likely to be villains of another state. Let people have the freedom to decide who they want to celebrate. Don't fall into it yourself. The current rise of fanatics is equally disastrous.
Tags # post for mpsc
Share This