Home post for Startup/udyog story of business from zero

story of business from zero

story of business from zero 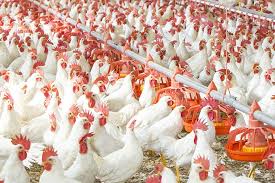 -------------------------------------------------- ----------
There is a saying in Urdu, 'Himmat-e-Marda that help-e-Khuda'. That means the person who has the courage, the courage to deal with any situation. God is always ready to help him. The reason for remembering this saying is that Bahadur Ali. Premature babies passed away as a child. All the burden on the family came. Overcoming the situation, the bicycle repair was done on occasion. But he did not lose courage. In the name of his name, Bahadur Ali set up business from zero. The company has a reputation of being the third largest in the poultry sector in India, with a turnover of over Rs. 2200 crore

Rajnandgaon in Chhattisgarh. District with a population of around 16  lakhs. This is where Bahadur Ali was born to a poor Muslim family. Bahadur Ali's father died prematurely when everything seemed to be aloof. From a young age, Bahadur Ali took charge of the family. Big brother Sultan Ali was managing a small shop to repair the bicycle. Bahadur Ali started to help him. He started doing the tasks of painting a bicycle, repairing a bicycle. Both brothers were in a bad mood. The art of communicating with anyone was simple. He used to interact with different people on the occasion of a bicycle shop. Similarly, while talking to a doctor who always came to the shop, the doctor told Ali brothers about a poultry farm. Not much You start with 100 he
ns The doctor said.

Ali brothers decided to get into the business even when they didn't know the 'C' about the hens. In 1984 he bought 100 chickens. But at the same time, one thing Bahadur Ali realized was that keeping chickens is different and that selling is different. They were literally sweating when selling 100 chickens. However, the knowledge of marketing was there. Bahadur Ali concentrated on marketing after realizing that you have to work hard on marketing ie marketing. As a result, the turnover of the India Brothers Group, ie, the brothers of IB, reached Rs 5 crore by 1996.

However, 'Picture Abhi Baki Hai Dosto', with a turnover of 5 crores, Bahadur Ali was not satisfied with his business. Meanwhile, Zeeshan, son of Bahadur Ali, and Fahim, son of Sultan Ali, were also present to assist in the business. It was at this time that the World Poultry Congress, called the World Poultry Congress, was filled in the field of progress in Delhi. The exhibition proved to be the business of Ali brothers and businessman. Without the smell of English language, Bahadur Ali visited every stall in the exhibition. Their children and sisters were helping Bahadur Ali to communicate. There he met an American consultant. Even with the difficulty of the language, the way he was asking questions eagerly overwhelmed the American adviser. He explained the technical aspects but also some of the business aspects.

In 1999 he started his first poultry feed project. Subsequently, a solvent extraction project was started in 2006 Started oil refinery in 2007 and feed plant in 2009. In 2010  they created a protein supplying brand called Drules.

Today, the capacity of the recent IB Group poultry is over 50 lakh. They also produce products like packaged milk, edible oils, fish feed. Their business is spread over Chhattisgarh, Madhya Pradesh, Vidarbha and other areas. There are currently more than 8,000 employees working in IB Group and it is increasing by 10 % every year. In rural areas, 90% of the workforce is from rural areas. At present, IB Group has a turnover of Rs 2200 crore. Every year, it grows by 30 percent. Ali brothers believe that this increase is due to the hard work, perseverance and kindness. For this year, IB Group received the Asian Poultry Breeding Personality Award in the Poultry Sector.

Salute to the bravery of Ali brothers, who started from a bicycle shop and became a Sultan of 2200 crores in the poultry field.
Tags # post for Startup/udyog
Share This