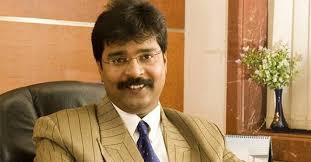 The story is about a man who proved that to reach the heights, it requires only a great deal of thought, determination to fulfill and a never-give-up spirit.

The 16-year-old had nothing to do with the suggestions given by his friends to go to Mumbai to find work. An empty stomach without a single penny in his pocket and a more painful than sleeping at Dadar station in Mumbai was to come out of the shock of his father and brother's death a few days ago.

The father of this child, who belonged to Durgapur in West Bengal, was in the Army. They were weakened after the bullets in the 1971 war. In such a situation, the elder brother was the only ray of hope for the family. This hope also ended when the family could not get the elder brother treated due to financial constraints and he died. The child's father died due to the death of the elder brother. Her helpless mother was an emotional support for that child, but she had as much responsibility as her four siblings.

The suggestion made by friends was proved right when that child got a job of Rs 15 and a place to sleep. The sleeping place was in a room where 20 laborers lived. The room was so small that even at bedtime there was no place to move.

This child, Sudeep Dutta, would walk 40 kilometers every day from his home on Mira Road to his factory in Jogeshwari and back. The only achievement in a troubled life was that he could send the money saved to his mother.

The new twist came after two years of wages when its owners decided to close the factory due to the loss. In such difficult circumstances, Sudeep decided to run the factory himself instead of finding a new job. Borrowed from his saved capital and a friend, he collected Rs 16000.

19-year-old Sudeep, for whom it was a challenge to feed himself, took the responsibility of running the families of seven other laborers. The amount of 16000 was too low to buy the factory, but Sudeep persuaded his owners by promising to distribute profits for two years. Sudeep had become the owner of the same factory where he was a laborer till yesterday.

The aluminum packaging industry was going through its worst phase at that time. A few select companies such as Jindal Aluminum were able to profit on the basis of their economic strength.

Sudeep knew that only better products and newness would prove him better than others. Despite being a good choice, it was not easy to survive in front of people like Jindal. Sudeep continued to educate large customers about the quality of his products for years, as well as running his industry with orders from small companies.

Sudeep used to wait for hours to meet the executives of big companies. His hard work and communication skills paid off when he started getting small orders from big companies like Sun Pharma, Cipla and Nestle.

Sudeep had tasted success but he did not anticipate the challenges to come. Anil Aggarwal, a global leader of industry, bought a closed company called India Foil and made a foray into the packaging sector. Anil Aggarwal and his Vedanta group have been among the few big companies in the world and it was an impossible goal for them to survive.

Being unaffected by a company like Vedanta, Sudeep continued to improve his product. At the same time he maintained a strong relationship with his customers. Ultimately, the Vedanta group had to succumb to Sudeep's tenacity and the India Foal Company had to sell to Sudeep. After this deal, Vedanta Group departed from the packaging industry forever.

After this achievement, Sudeep grew his company rapidly and made a mark among the pharma companies. They increased their product capacity by purchasing sick companies. He increased his capacity by becoming a distributor of the Indian Aluminum Company. From 1998 to 2000, he had established 20 production units.

In spite of adverse circumstances, Sudeep, who has achieved such a huge achievement, is running his business empire from his magnificent office in Kandivali. Today, his cabin is many times larger than the room where he used to live with 20 people. To save some money, Sudeep, who walks several kilometers, has several luxury vehicles like Bmdwlu and Mercedes. Despite achieving a lot in life, Sudeep is still associated with his background. All the workers of his factory still call him Dada.

He has established the Sudeep Dutta Foundation to help the poor and the needy. This project is designed to provide new opportunities for the youth of rural areas. Youth coming from less fortunate sections of society often see significantly less potential in the world beyond their family or local area. SD Aluminum is fully committed to providing such facilities to such youth.