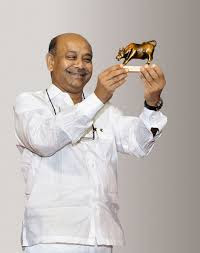 Radhakrishna Damani's assets were 16.4 thousand crore in 2017, benefiting from the increase in share value
In just three days, Damani's assets of Rs 1,000 crore increased, reaching 1.27 lakh crore
Radhakrishna Damani, owner of Avenue Supermarket, parent company of D-Mart, has become the second richest man in the country. On Friday, Damani's assets stood at Rs 1.27 lakh crore. Arrived Damani became the 5th richest man on Wednesday. The Damani family owns 80% of the shares in the company. On February 5, they announced reducing their shareholding to 77.27%. On Friday, shares of the company rose by only 0.5%, but the value of their shares in other companies increased by Rs 400 crore in assets. In the last three days, his assets have increased by Rs 1,000 crore.
3 years ago, one lakh Rs. The investment of Rs. It was
The listing of Damani company Avenue supermarket in the stock market was on March 21, 2017. Then the total capital of the company is Rs 39 thousand crore. Was. Then the company will have Rs 1 lakh. If invested, dividends and all other benefits, the investment amount will now be Rs 8.31 lakh. Done.
Damani opened its first retail store in 2002, now has 200
65-year-old Damani landed in retail business in 2002 and opened the first store in Mumbai. There are now 200 stores. 1.5 lakh crore There is a market cap. Before getting into the retail market, he was identified as a giant investor in the stock market, which still exists. But he has been keeping a low profile from the beginning. The mentor of Rakesh Jhunjhunwala, also known as Warren Buffet of India, is also Damani. He is a major shareholder in companies of many different sectors. These include India Cement, VST Industries, BloodDart, Cineplex Companies and some tobacco companies. In fact, his father was also a stockbroker, so from his childhood he began to learn the nuances of the stock market. After investing in the stock market for decades, Avenue came to the supermarket. At the time of listing of the company in 2017, their wealth was Rs 16.4 thousand crore. 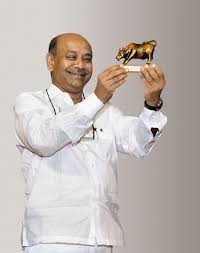